Top 9 Largest Countries in the World by Area

The Earth's surface is divided into many countries, and some of them are real giants like Russia, Canada, the USA, China, Brazil, and Australia. They occupy huge areas and stretch across the continents.

The 10 largest ones are more or less known to everybody. But more interesting and helpful would be to explore the list of top 100 represented in the table below.

Here you can find the accurate data on the total area of each country (the sum of land and water surfaces) in square kilometers and square miles. Moreover, you can see the neighboring countries having land borders with them.

Here is a list of the top 9 largest countries by area in square miles:

The largest country by landmass in Asia is China, at 9,706,961 km², while the smallest is Macau, an autonomous region on the south coast of China that is just 30 km². Africa's largest country is Algeria (2,381,741 km²), and its smallest is the Indian Ocean archipelago of Mayotte (374 km²). While Russia is on the European landmass, France is Western Europe's largest country at 551,695 km²; however, it only just makes it into the top fifty, so it is comparatively small.

The smallest countries in the world are predominantly in Europe, Oceania, and the Americas, and many are island nations, some of which are constituent territories of other countries. Vatican City is the smallest in the world at a tiny 0.44 km², followed by Monaco at 2.02 km² and Gibraltar at 6 km². They are followed by Tokelau (12 km²) and Nauru (21 km²), both in the Oceania region. The smallest country in the Americas is the Caribbean islands of Sint Maarten and Saint Martin, at 34 and 53 km², respectively.

Some may measure the size of a country by population as well. By population, the largest countries are China, India, the United States, Indonesia, and Pakistan. Top 10 Cheapest Places In The World To Live Comfortably

Sally Polly April 23, 2022 | 06:18
There are many affordable and cheap places that can give you a comfortable life without worrying about the money, which is listed in the article below. 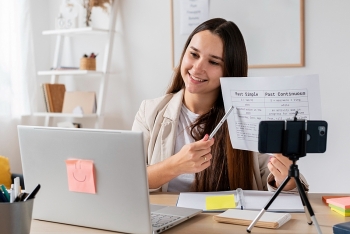