How to grow a smart and well-rounded kids ?

Share Tweet Email Share
It is quite hard to push a child to become a smart and well-rounded one. However, if you find out proper methods, the situations will improve better. Here are ways collected by Knowinsider to help every parent to grow their precious children smart and well-rounded.

Research has shown that intelligence is about a 50/50 split when it comes to nature vs. nurture, meaning that parental influence can have a great impact not just on how smart our kids believe themselves to be, but also on how intelligent they actually are. So, focus on behaviours that foster a developing mind and intellect instead of praising a child's innate acumen or talent.

Yep, intelligence can be grown in your children, and here are some ways to start planting those smart and well-rounded seeds.

Support children as much as you can

First and foremost, the key to raising a well-rounded child is to establish a solid support system at home so that she grows up satisfied with her achievements and ambitions. It is then explained by the parents.com as the education that happens before she sets foot into the school that is crucial in bringing up such a child.

Talk to them from the first day

Even before your kids go to school, just talk to them, especially when they're small babies. This is key to getting those mental wheels turning. Even when kids are too young to understand what you're saying or to know what the sophisticated words you're using mean, with repetition they'll eventually use context to figure it out. Also, as popsugar.com, discuss with your kid's open-ended questions will help them develop opinions and a sense of self, and it will also let them know those opinions and their individuality matter.

Teach your kids to think through problems and create solutions.

As mentioned in tip 1, you should help your children as much as you can. However, don't solve all the problems of your children. Instead, encourage them to focus on a single goal or problem and figure out how to achieve or solve it through creative thinking. This act both stimulates the brain and teaches them that they're capable of working through obstacles on their own.

Praise effort and results, not a simple action.

We live in a world full of demanding awards, but teaching kids that they're always and naturally the best at everything makes it hard for them to accept life's inevitable failures. Instead, praise their efforts and hard work rather than their natural abilities. Doing so creates kids who are more motivated and capable of moving forward when they encounter a skill that doesn't come easily to them. Kids who are told that they're naturally smart or talented are more likely to get frustrated and even give up when they're faced with difficult tasks.

One of the recommended soft skills a child should form is time management. So, establishing a bedtime—and keeping to it every single night—can be highly effective, but Borba further suggests turning off the computer and TV at least 30 minutes beforehand. If your child has access to a cell phone, she recommends taking it before bedtime because "62 per cent of kids admit they use it after the lights go out -- and their parents are clueless!" In 2005 researchers at Tel Aviv University found that missing just one hour of sleep can be enough to reduce a child's cognitive abilities by almost two years the following day. Borba says that a sixth-grader who loses precious zzz's the night before a big test could end up performing at a fourth- grade level. 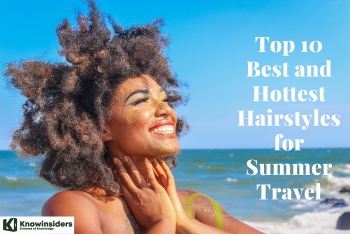