Top 5 Stubborn as Hell Zodiac Signs You Never Want to Have a Row with!

Kris February 15, 2021 | 11:19
Share Tweet Email Share
While everyone can be stubborn at times, there are 5 classically stubborn zodiac signs that are particularly well-known for this trait!

If you pick up a fight with Taureans, they will bring their whole clan along with them to fight with you. They will make sure to turn everyone they know against you and will feel no shame in cornering you. Being solid as a rock does have its perks at work; a Taurus person can easily reap rewards by sticking to projects, even when they become frustrating and time-consuming.

However, people may roll their eyes at meetings when their Taurus coworker keeps stubbornly bringing up the same idea, week after week. It’s already been shot down, everyone wants to scream, Vice cites. Give it a rest already! Tauruses may also get shit from their bosses since they insist on doing projects their particular Taurus way with no regard for how others want it done.

If you have a Taurus colleague, don’t directly argue with them. Wine and dine them instead. Over the feast, explain to them gently that there’s a great way for them to save time at work, so they’ll have more time to enjoy the finer things in life. It will work wonders.

Leos will bring you down to your knees if you pick up a fight with them! They will make sure to pull you down and to bring out the worst possible things to attack you and to win the argument.

Leo is a highly passionate sign and one that likes to stick to their decisions. But they're also a fixed sign, which can make them seem very stubborn when it comes to making changes in life — even if those changes are positive ones.

They could drag their feet in making a move, leaving an unhealthy relationship, or even changing up a routine. For this reason, Leo can make a committed partner. However, their stubborn tendencies can keep them feeling stuck from time to time

In doing so, Leo will open themselves up to so many more opportunities, and "the freer they feel to express themselves and have fun, the less stubborn they will be."

Scorpios are sensitive people, so you don’t have to worry about them hitting you below the belt during a fight. What you should be worried about is that Scorpios never forgive and forget. They will remember the hurtful things you said to them and will never forgive you for it.

When Scorpio is in an unhealthy situation, like a dysfunctional relationship or an unsatisfying job, their stubbornness might keep them stuck in a compromised situation, which is why it's important for Scorpio to realize when it's time to back down, as cited by Bustle.

To do so, it's often helpful for them to do some soul searching, possibly with a friend, partner, or therapist. For Scorpio to achieve balance, they need to get to the bottom of things, through therapy or any technique that helps them understand the reasons why they’re so stubborn.

Usually, they find their stubbornness stems from a desire for control and a fear of change. But once they understand that motivation, they can easily let go of it and flow with life.

Often those reasons are buried in the subconscious mind. Letting go of the past is important for Scorpio. Which, of course, is something any zodiac sign can do, if they feel like they're stuck in life.

Sagittarians will never raise their voice during a fight. They will say the harshest and meanest things to you in a soft and subtle manner, without openly being the bad guy!

Sagittarius can be pretty darn stubborn, however, she’s also very good-natured about it, Your Tango cites. She isn’t so much someone who will argue until she’s blue in the face, but if she says she’s not going somewhere or doing something and that’s that, you better believe she’s serious. Sagittarius has definitely been around and she tries to use her smarts to make better decisions.

The biggest reason Sagittarius is stubborn is because of her past. She doesn’t ever want to make the same mistake twice, so when she puts her foot down about something, it’s so she doesn’t sleep with the same jerk again or try to make amends with the roommate who tries burning all of her clothes. You might not think it’s such a big deal to make mistakes, but that’s one thing she hates.

Aquarius is downright controversial. The rebels of the horoscope, Aquarius loves going against the status quo and standing their ground, often in the face of criticism. Arguably the most independent zodiac sign, Aquarius concern themselves with progressive, radical, and often controversial ideas that typically contradict widely accepted beliefs. This zodiac lives up to its label as a critical personality when their alternative ideas are justifiably challenged, often becoming aloof, harsh, and condescending, MSN cites.

Trying to get Aquarius to stop being stubborn is like trying to get a cement wall to move for you because it’s in your way. In other words: Nope. Nuh-uh. Not happening. Aquarius is stubborn about everything, and if you call her out on it, she’ll probably stubbornly refuse she’s being stubborn at all.

There are very few ways (if any at all) to get Aquarius to stop being so pig-headed all the time, but you pretty much have to be the BFF she tells every dirty little secret to persuade her. She certainly doesn’t care what anyone thinks and absolutely hates hearing your opinion, so she keeps being stubborn and doing exactly what she wants because no one can tell her otherwise. 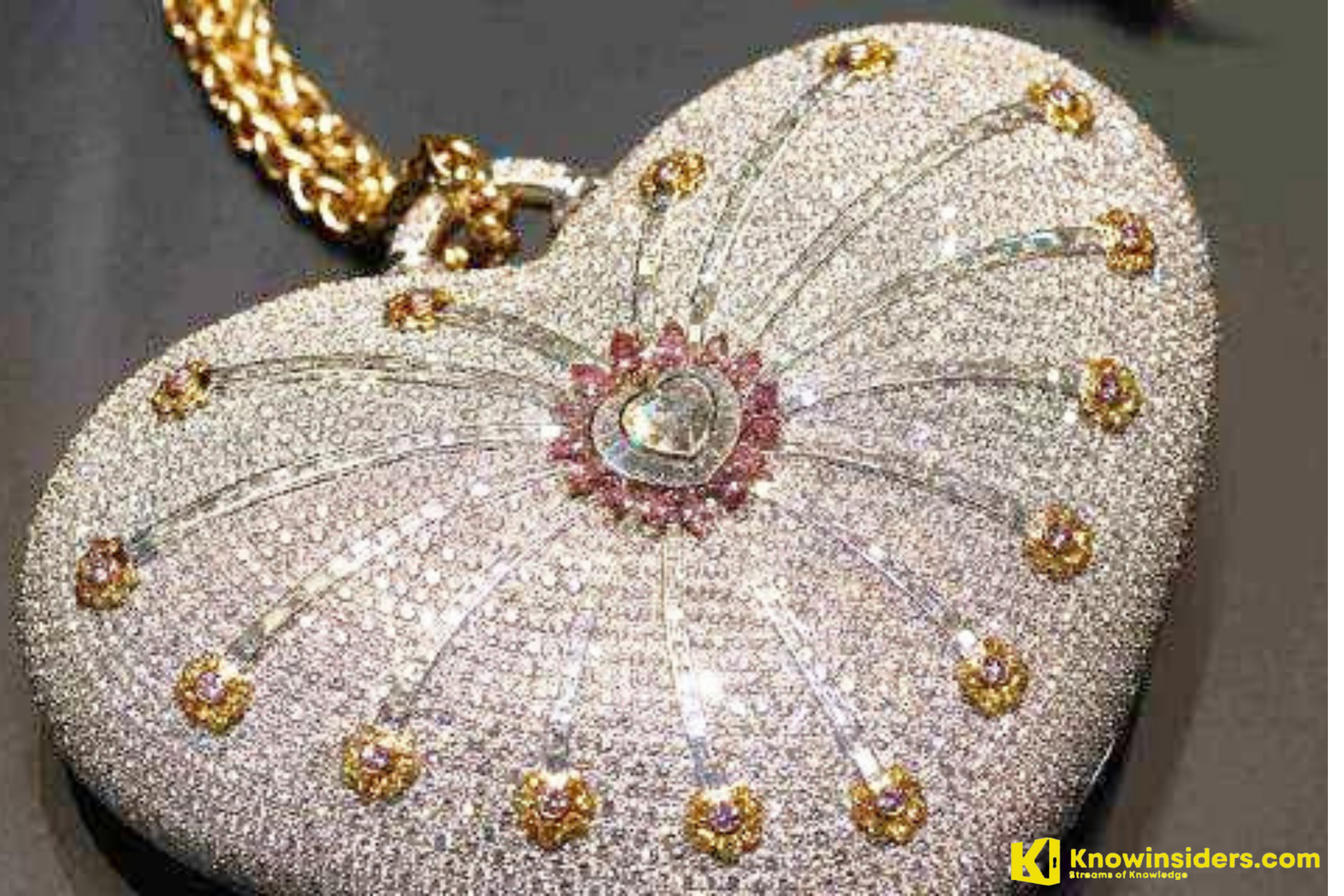 Top 296Roses May 06, 2021 | 02:30
Handbags seem to be a must-have item of almost women. Many fashionistas hunt for the most trendy handbags to make their life more up-to-date and luxurious. Let us explore the most 15 expensive and exclusive handbags in the world until 2021. Top Kris May 05, 2021 | 14:16
One of the most renowned luxury handbag producers on the planet is Louis Vuitton. Check out the top 5 most expensive LouisVuitton's handbags ever! Top Kris May 05, 2021 | 14:13
Handbags are beautiful, they're practical, and they can make the most boring outfits stand out in a crowd. Check out the top 10 of the most expensive handbags of all time below!
View more Jenny Barry May 05, 2021 | 07:42
Entrepreneur and businesswoman Ann Winblad was allowed to take annual trips with Bill Gates during his marriage to Melinda Gates. Ann Winblad is Bill Gates' ex-girlfriend. Ann Winblad dated Bill Gates from 1984 until their split in 1987.