Mixi October 04, 2021 | 08:24
Share Tweet Email Share
Surrounded by the far-reaching mountain slopes, specked with unique flora and fauna, and long never-ending streams of rivers – there are some breathtakingly beautiful valleys around the world.

Where there are grand mountains, there are valleys, often overshadowed by the mountainous landscapes. However, valleys often hide many pleasant surprises like waterfalls, turquoise lakes, geological wonders, and picturesque sites. Check out these ten favorite valleys of the week. Which one would you like to visit?

The List of 10 Most Famous & Beautiful Valleys In the World

Which are the 10 Most Famous & Beautiful Valleys In The World?

The Valley of Geysers is located in the Russian Far East, approximately 25 miles from the Pacific Ocean. The basin itself stretches 3.7 miles and is considered one of the most important geographic discoveries of the twentieth century. Perhaps unsurprisingly, it is famous for containing the second-largest concentration of geysers in the world.

These ninety or so geysers can be as hot as 480 degrees Fahrenheit. They are surrounded by lush green vegetation, but tourists are only permitted to visit the main geysers along the pre-marked safe paths. The valley is only accessible by helicopter.

The Danum Valley is a conservation area in Borneo, the largest island in Asia. Relatively undisturbed by human interference, this 438-square kilometer tract of land is mainly tropical rainforest, which grants it a misty, almost eerie quality. It is home to some of the world’s most astonishing creatures, such as pygmy elephants, East Sumatran rhinos, gibbons, and mousedeer. The valley offers tourists the opportunity to trek through the jungle or swim in its many rivers. With over 300 species of birds, it is also a fabulous spot for bird watching. Efforts have been made to nominate the valley as a UNESCO World Heritage Site.

Criss-crossed with rows of vineyards, the Douro Valley, located in northern Portugal, is often overlooked for the bustling city of Porto. While a trip to the Douro Valley can be quite time consuming, the valley is definitely a must see for its sun soaked slopes and beautiful wilderness. The Douro River runs from the Soria Province in Spain through to Portugal and flows through the middle of the valley. With the Douro Valley silent all but for a few weeks of harvest this valley promises tucked away tranquillity along the north of Portugal.

The Kaghan Valley stretches across one hundred and sixty kilometres and reaches four thousand one hundred and seventy metres at the Babusar Pass. This beautiful valley is spotted with shimmering lakes and swirling mountain streams. Curving through the Kaghan Valley flows the trout-filled waters of the Kunhar River. Amongst the pine forests sit several towns, including the touristy Naran. While exploring the Kaghan Valley you’ll often see the locals leading a trail of cattle up towards the higher pastures.

The Jiuzhaigou Valley is a nature reserve and national park in the Sichuan Province of China. Spanning 720 square kilometers, it is a breathtaking region known for its many lakes and springs. A local legend tells the story of how the Goddess Semo dropped a mirror made of wind and clouds that shattered to create the countless lakes that dot the valley. The most impressive is Five Flower Lake, an ethereal paradise where ancient tree trunks swim among the cyan water. The region is also home to many endangered animals, including the giant panda and the Sichuan takin. Tourists can accompany guides on daily hikes or set up camp for a few days.

Nestled in the Sierra Nevada Mountains of California, Yosemite Valley is covered with thick, pine forests and mapped with cool streams. Stretching to around twelve kilometres, this valley is well known for its many granite summits such as Half Dome that surround Yosemite. While rock climbers may enjoy the rocky face of El Capitan, the main appeal of this valley is the beautiful Yosemite Falls. A hike through Yosemite Valley will take you through green meadows, dense forests, and by the many streams and waterfalls that run into the Merced River. Yosemite Valley with its many creeks, falls, and canyons has earned its spot as one of the top 10 most beautiful valleys in the world.

Barun Valley is located in the Himalayas in the Asian country of Nepal. It is situated at the base of Mount Makalu, the fifth-highest mountain in the world, and contains some of the world’s last untouched ecosystems. Among the forests, waterfalls, and wild orchids roam rare animals such as musk deer and the endangered snow leopard. It is such a mystical-looking paradise that it is known in Buddhist folklore as a place where no one ages. According to ancient religious literature, Barun Valley will be one of seven places left in the world where life can thrive in the wake of a global cataclysmic event.

The Valley of Flowers is a high-altitude Himalayan valley located in the state of Uttarakhand. Rising over 3,000 meters above sea level and stretching across 87.50 square kilometers of land, it is known as one of the most beautiful and peaceful places in India. Revered by both mountain climbers and botanists alike, the valley is blanketed with alpine wildflowers. From mid-July to September, hikers can wander among the bursts of purples, pinks, and blues. The region is also alive with incredible wildlife, from Asiatic bears to the Himalayan blue sheep. In 2002, the Valley of Flowers was declared a UNESCO World Heritage Site.

Another one of our top ten most beautiful valleys in the world is the Kalalau Valley found on the island of Kaua’i in Hawaii. Tall, fauna dotted cliffs enclose this valley meaning that you’ll either need to use a kayak or hike along the Kalalau Trail to get to this secluded hideaway. The weather alternates between soft rain and warm sun so creates the perfect environment for many species of flora and fauna to thrive. By the Kalalau Beach at the end of the trail mangoes, passion fruit, and cherries grow whilst waterfalls trickle over the edge of the valley slopes. 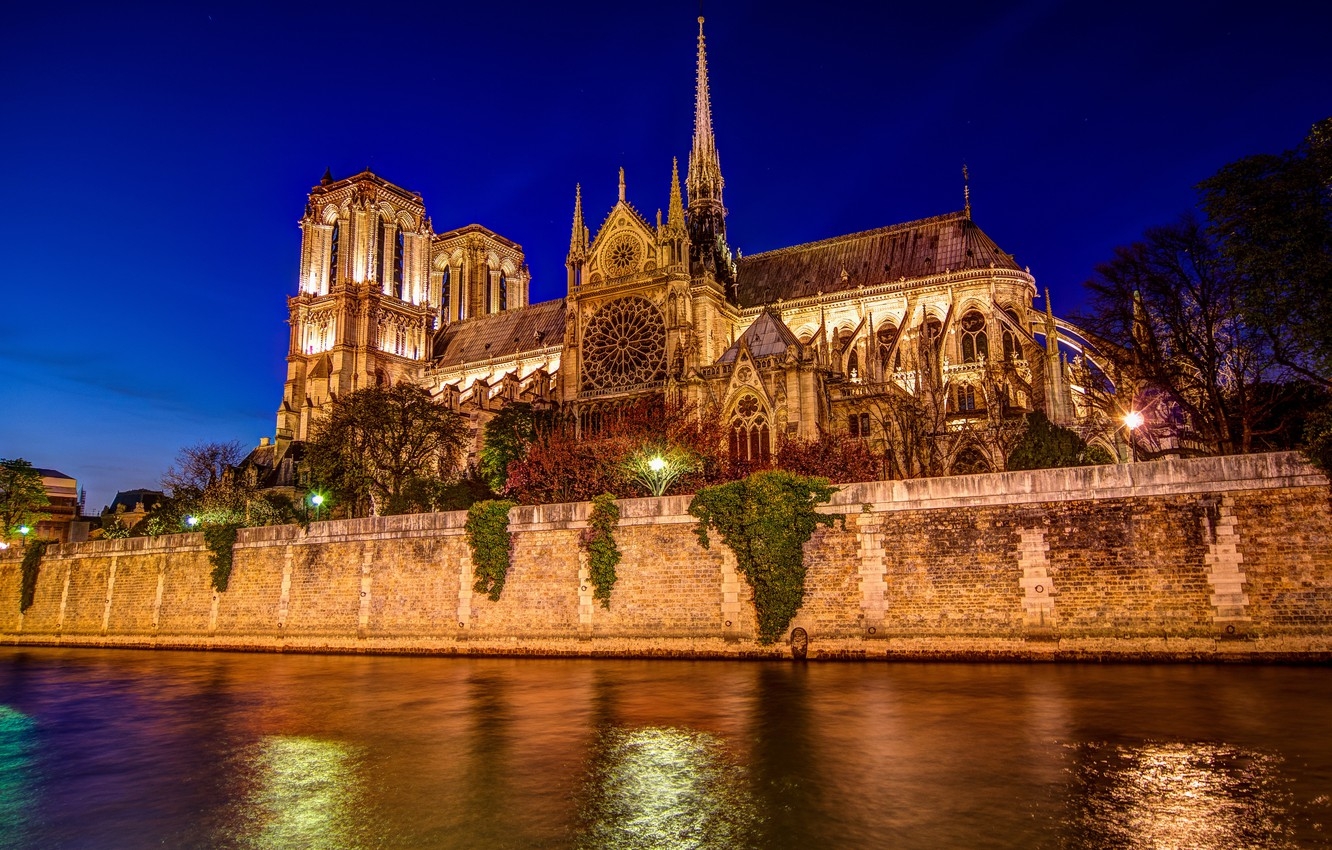 Mixi December 26, 2021 | 10:25
Magnificent and most beautiful Christian churches are among many fascinating sights throughout Europe. Which is the most beautiful church in Europe?