Top 10 Most Dangerous Jobs in China

Mixi August 28, 2021 | 18:11
Share Tweet Email Share
China is one of the most developing economies in the world. How about its labor market? Check out the list of the 10 most dangerous jobs in China right below!

What do you think are the most dangerous jobs in China? Mining workers are always making headlines for the number of lives lost, also Chinese young men working on fishing trawlers and losing their lives at sea are also too much on the high side.

What Are The Most Dangerous Jobs in China?

Casual laborers have been loaded with too many shifted blames. Whenever there is a government scandal it will finally be shifted on their heads. They eat worse than dogs, do more work than donkeys, eat worse than pigs, and die more miserable than pigs. No profession can match up to casual laborers’ sad circumstances.

We often hear the news that some civil servants die suddenly after drinking too much alcohol with leaders. Some people suspect that how can civil servants stay up late to work overtime, how they can die suddenly in so comfortable position. But what we do not know is their hardship behind the envious job, they often go out to socialize on various occasions, they drink a lot of alcohol and have many girls around them, all of which cause great harm to their bodies. Civil servants are really worthy of the second position.

They often work overtime for several days, stay up until the wee hours or sometimes even work for the whole night. Recently lots of news emerge one after another that website editors, TV and online video staff die from overwork, warning people to pay more attention to long-term overtime workers.

Trash people deal with the absolute worst that humanity has to offer: Our refuse. Harmful chemicals, dangerous landfills, and machinery often cause their demise, as does the fact that they too are out on the roads day after day.

Police officers protect the population from crime and other dangers. Police officers are essential. Their lives are also in trouble because they sacrifice themselves for the sake of justice and other innocent people. For example, when there is a chase, and maybe the capture of criminals. The police are always in the midst of dangerous events.

Their duty is to expel the street vendors; they do not want to argue with hawkers. However, they cannot avoid facing violent resistance in many situations. So urban management is also one of the dangerous jobs in China.

Chinese hospitals are dangerous places to work. Attacks by patients or their relatives often injure medical workers. According to rough estimates, between 2000 and 2010 more than 10,000 medical staff were injured annually, with 11 medical personnel killed by their patients. This increasing violence towards doctors in China’s hospitals has significantly affected the working environment of medical staff, turning hospitals into battlegrounds.

Worker abuse and illegal overtime often cause self-suicide or overwork death in some big factories like Huawei, Price Waterhouse Coopers, Foxconn, and other giant China manufacturers. According to a report, eleven workers died after jumping off buildings in the Foxconn Campus between 2007 and February 2011.

Despite modern equipment, equipment, and gear, firefighters risk being burned or poisoned by carbon monoxide. The firefighter’s task is to extinguish the fire and save people from getting them out of the fire. Firefighting takes place in hazardous locations where rock-cut explosions can occur. The first who must get out of the burning places is a man and only a firefighter. This scary item is included in the mandatory instruction. They, like doctors, joining the detachments, take an oath to serve the Motherland and save people. 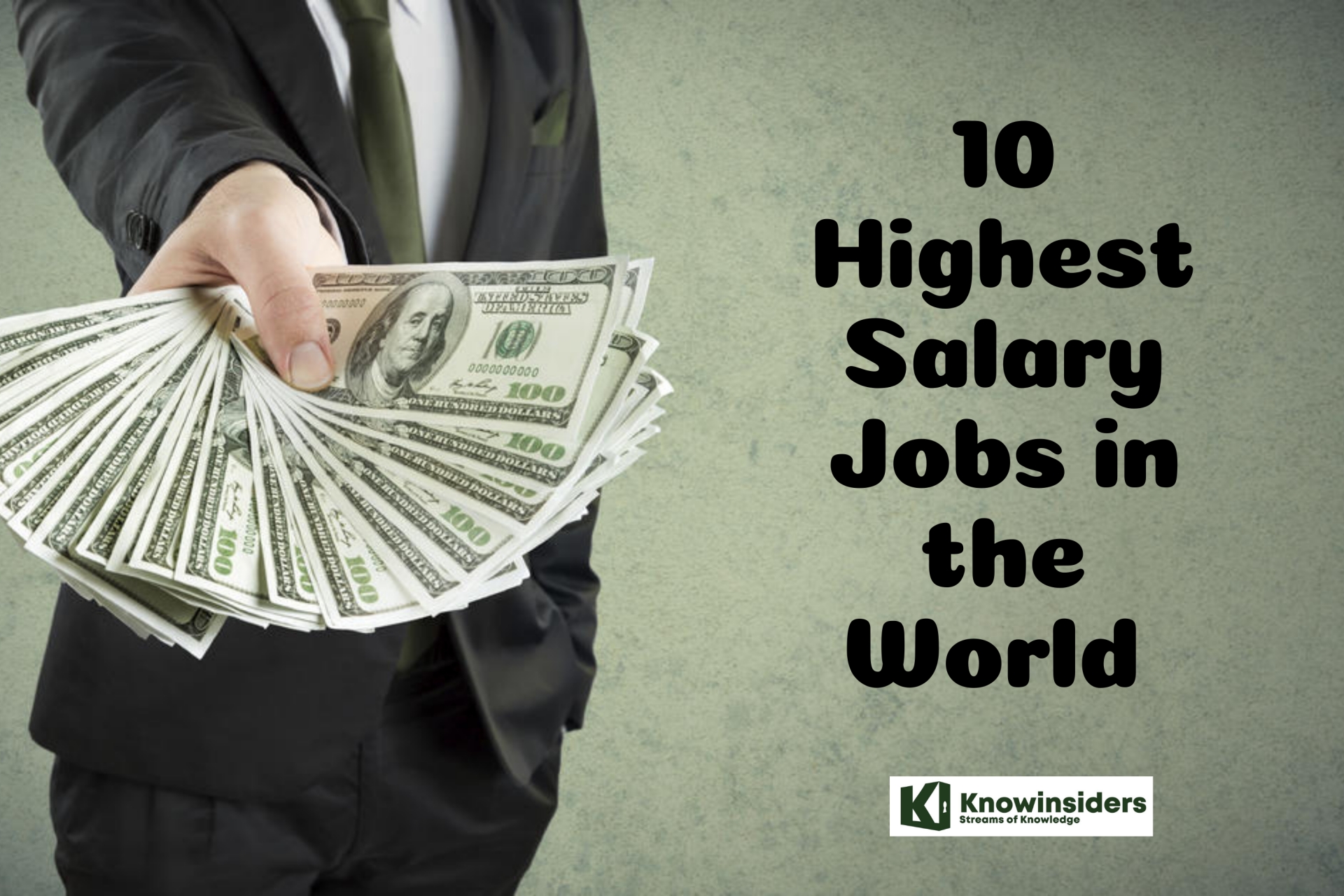 10 Highest Paying Jobs in the World: Cardiologist vs Anesthesiologist

Mixi December 23, 2021 | 15:43
Are you curious about the highest-salary jobs in the world? Which requirements are needed to pursue these careers?