Knowlegde February 27, 2021 | 17:11
A golden statue of the Former President Donald Trump is popping up at the Conservative Political Action Conference (CPAC) 2021 where Trump is slated to deliver speeches, marking his first public appearance since leaving the White House. How to February 26, 2021 | 14:11
The Conservative Political Action Conference is the largest and most influential gathering of conservatives in the world. What is the CPAC 2021 TV schedule? Where can I watch CPAC live? Read on to know about all things of CPAC 2021 here! 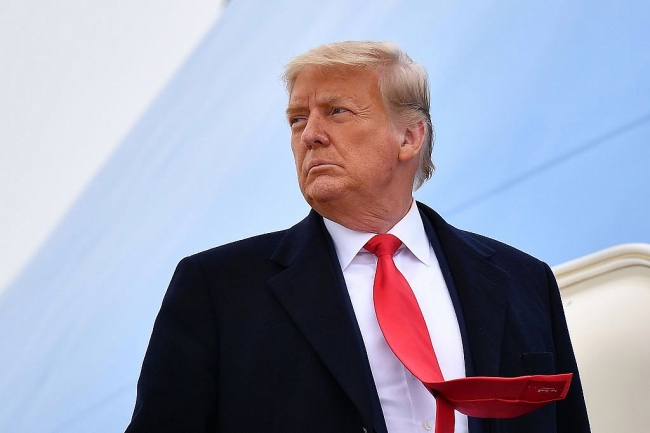 What is February 14, 2021 | 07:53
In a statement, Trump thanked his legal team and the lawmakers who voted not guilty, while blasting Democrats, whom he accused of getting a "free pass to denigrate the rule of law." The impeachment effort, Trump claimed, was "another phase" of what he considers "the greatest witch hunt" in American history. Knowlegde January 27, 2021 | 06:00
After Donald Trump is no longer in the White House, the place that people might refer to Donald Trump might be Mar-a-Lago. Mar-a-Lago was grandiose between Lake Worth and the Atlantic. Besides, it brings about a large amount of revenue for Trump. There are some mind-blowing facts about Mar-a –ago you might want to know. Knowlegde January 24, 2021 | 21:16
With House of Representatives Speaker Nancy Pelosi announcing the Senate that she will transmit the House’s article of impeachment of the Former President Trump to the Senate on January 25, the trial is set to take place next month. But, who can preside over the trial? Keep reading to know more. FACTS about Trump’s 'Patriot Party': What it means, Website us-patriotparty.com, Third Parties in US History

What is January 22, 2021 | 08:07
It is reported that Donald Trump floated the idea to launch a third party in the US called “Patriot Party” as he left the White House. What would it mean for the US and how many US presidents intended to come back as leader of a third party with website: us-patriotparty.com? When & Where January 20, 2021 | 13:52
In his last day serving as the President of the US, Donald Trump announced to declassify certain materials relating to the FBI’s Crossfire Hurricane investigation. What is Crossfire Hurricane, which documents would be unveiled, and how it would affect? Read the Full text of the memorandum and information given below! When & Where January 20, 2021 | 08:45
In his farewell video to the nation last Tuesday, US President Donald Trump urged Americans to "rise above the partisan rancor", praising the achievements during his presidency and wished the new administration good luck in his farewell message. Read the complete text of President Trump’s farewell address