Festival Republic director Melvin Benn told the Guardian that the event, which was cancelled last year and is due to happen in August, did not yet have insurance as it was currently impossible to buy, but he was hopeful that the government would include an insurance package “in some form or another” in the budget next week, according to the Guardian.

Boris Johnson has pledged that all adults in the UK will be offered their first dose of a coronavirus vaccine by the end of July, a fact that Benn said had given organisers confidence to reconfirm the festival’s lineup.

“We’re enthusiastic, we’re excited, and we’re certain that it’s going to go ahead,” he said. He added: “Young people are so desperate to be released among their peers, without parents and Zoom and school and college overseeing every minute of every day. They are a coiled spring and we have to do everything to get this on the road for them.”

The news comes weeks after the organizers of Glastonbury officially canceled its 2021 event, saying “we simply will not be able to make the festival happen this year”.

The return of Reading and Leeds was cautiously welcomed as a moment of hope for the UK’s live music industry, which saw its festival circuit wiped out by the pandemic last year.

What is Reading Festival?

Reading Festival is an annual outdoor music festival that sees some of the most famous rock and pop bands perform over 3 days. It is one of the largest music festivals in the UK and the world’s oldest popular music festival that is still running. It is possible to get day tickets for the event or full 3-day weekend tickets that include camping, Citybaseapartments reported.

The festival started in 1961 at Richmond Athletic Ground and was then known as the "National Jazz Festival". It developed and changed over the years and was first held in Reading in 1971. It then became more rock-focused seeing more punk rock and heavy metal acts performing.

Due to the festivals increasing popularity throughout the 90s, in 1999 an extra location was added and Leeds festival was born. Leeds follows the same lineup as Reading, with acts performing on different days over the same bank holiday weekend.

The event now has over 10 stages and music tents, which see more than 200 bands, artists, DJs and comedians perform over the 3 days.

History of Reading Festival at a glance

1971 – The festival moved to Reading and was soon known as ‘The National Jazz, Blues and Rock Festival’ - weekend tickets cost £2.

It also began to get a slight reputation being known as ‘can alley’, mainly due to the number of can fights and throwing incidents.

1984/85 – The festival was banned by the local Conservative council who wanted to develop the land the festival used.

1986 – Under a new Labour council, the festival returned.

1988 – Organisers added some mainstream acts into the mix with Meatloaf and Bonnie Tyler performing.

Both were then pelted with turf and bottles during their sets from revellers in the crowd. This led to Meatloaf leaving the stage after only 20 minutes.

1992 – Nirvana headlined which tragically became their last performance in the UK.

1995 - The Foo Fighters perform at Reading for the first time.

1999 – Leeds Festival was born, seeing the same line up as Reading on simultaneous days over the weekend.

2000 – Reading’s infamous bottling incidents make the news again as pop act Daphne and Celeste are pelted with a range of missiles including, turf, bottles and even a bag of meat?!

2004 – 50 Cent becomes the next victim of the crowd and leaves the stage early after being pelted with bottles, mud and an inflatable paddling pool.

2006 - The festival is televised for the first time. Panic! At the Disco lead singer, Brendon Urie is knocked out by after being hit on the head with a plastic bottle thrown from the crowd.

2007 – After excessive rain, the River Thames bursts its banks and areas of the festival site are flooded.

2009 – Single-use plastic cutlery and non-compostable serve ware is banned from being used by all festival retailers.

2010s – Tickets began to sell out faster each year.

When do Reading and Leeds Festivals 2021 take place?

Reading And Leeds always takes place during the August Bank Holiday Weekend, so next year's event will fall between 27 and 29 August 2021.

Who is headlining Reading and Leeds Festivals 2021?

Stormzy, Liam Gallagher, Post Malone, Catfish And The Bottlemen, Disclosure and Queens of The Stone Age have all been confirmed as headliners for the 2021 festival.

BRIT Award-winning rapper Stormzy and Oasis legend Liam Gallagher were both set to play Reading and Leeds 2020, but will return to play huge sets next year.

Why are there six headliners for Reading and Leeds Festivals in 2021?

Melvin Benn, Managing Director of Festival Republic said: "After an absence of a year we are delighted to announce the 2021 return to Reading’s Richfield Avenue and Leeds’ Bramham Park in 2021 with our most epic plan yet. Two main stages, six headliners, the best line up of acts 2021 will see and 200,000 fans are going to celebrate the best music in the best music festivals in Britain."

This is how the weekend will pan out:

How much are Reading and Leeds festival day and weekend tickets?

Reading Festival Weekend tickets are £232.20 each

Reading Festival Day tickets are £81.50 each

Leeds Festival Weekend tickets are £232.20 each

Leeds Festival Day tickets are £81.50 each

All prices do not include delivery or other fees.

Reading and Leeds festival age restrictions: How old do you have to be to go?

According to the official Reading And Leeds info pages:

No unaccompanied under 16s are allowed on site.

All Under 16's must be accompanied by a paying adult ticket holder (aged over 18.) This adult must remain on site throughout the whole weekend as the guardian of the under 16-year-old.

Under 13's (12 years and under) are admitted free but must be accompanied by a paying ticket-holder over 18 at all times. ID wristbands for children under 12 will be available at the site.

How will Reading And Leeds Festivals be handling social distancing in 2021?

Festival organiser Melvin Benn told The Guardian recently that entrance to Reading and Leeds festivals would be monitored by an "NHS-linked tracing app" that would need to be shown at the security gates. The Most Important Public Holidays in Thailand in 2024 Jenny Lee June 12, 2021 | 17:35
Euro 2020 Q&A: Interesting Facts about and everything you need to Know, Guide for fans are insider stadiums, Quiz Questions and Answers. 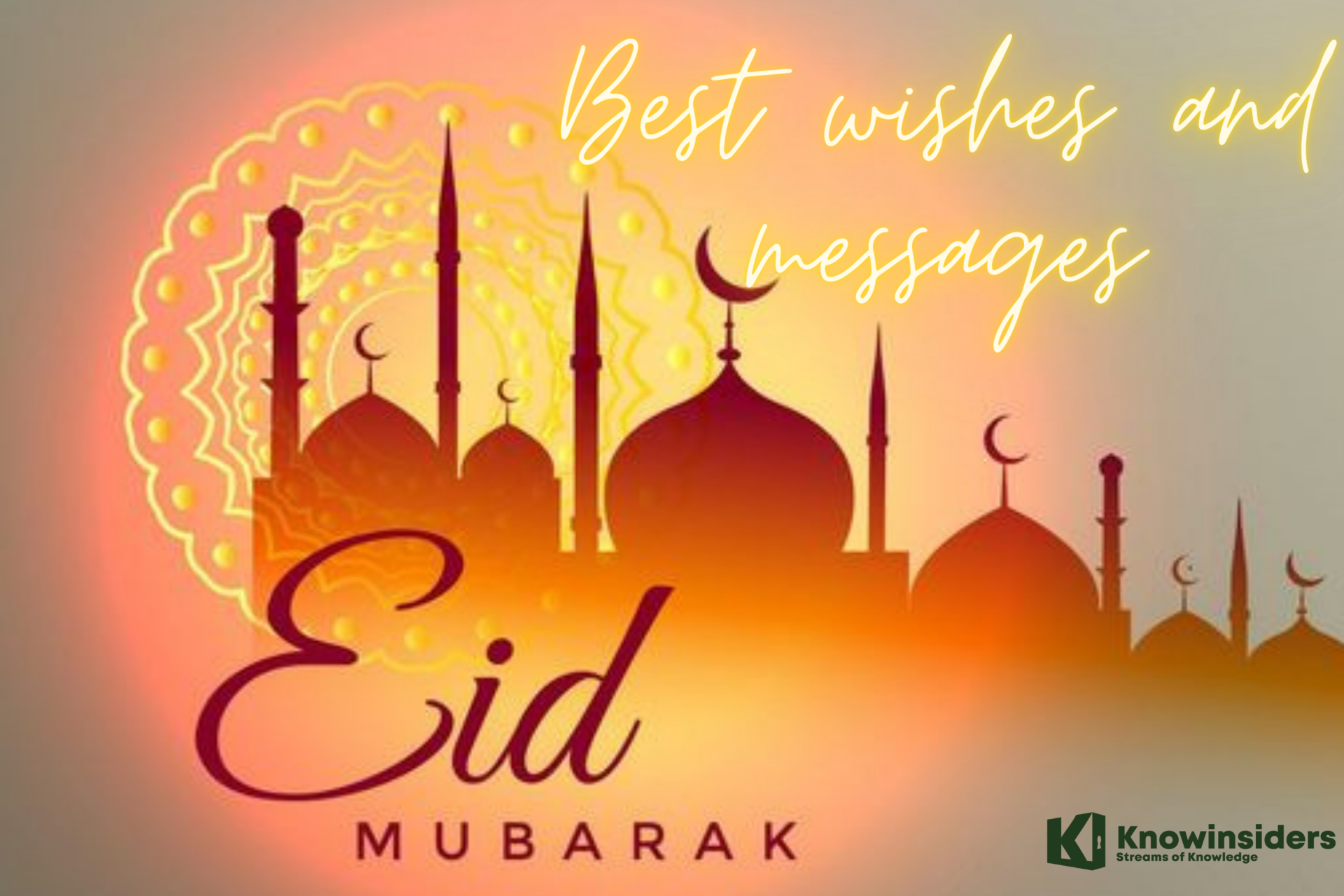 Rosemary April 29, 2021 | 05:58
Eid Mubarak everyone! Although the celebrations of Eid Mubarak are limited this year due to COVID-19, everyone can still send the best wishes and greetings to friends and relatives via Facebook messages, WhatsApp or GIFs. Check out the list right below to enjoy the festival together with your loved ones.