Post-breakup haircut: A Powerful Method of Redifining Yourself

Psithurism February 18, 2021 | 11:06
Share Tweet Email Share
Special post-breakup haircut is all you need for a refresh start, a sign of Redifining Yourself. The power of it is undeniable, but how? Read the article below to find out the answer and take a look at some celebrities who has famous Post-breakup haircut.

There are several stages you go through after a bad breakup: disbelief (can this be happening?), denial (this isn't happening), anger (I hate you!), rage (I never loved you anyway and I'm going to sleep with all your friends) and acceptance (maybe it was all for the best, really). Then it's haircut time, Refinery29 expressed.

Hair stylist Anthony Nader of RAW Hair has witnessed the phenomenon first-hand – "more times than I can even count". After more than three decades in the industry, Nader says he can pick up on whether or not a client really wants the change.

"Hairdressers are also known as psychiatrists. It's a two-for-one kinda deal," he quips. Nader says hair, as the "trademark" of our appearance', is a "powerful tool" to make or break confidence. "A strong haircut and colour will make such a difference to your personality in the most positive way," he says.

Michaela Josephson, a relationship expert from Better Together Relationships, tells 9Honey Style break-ups can make us "instantly want to change something about ourselves." "People often, be it good or bad, think of what can they change immediately, rather than looking inwards and changing what their potential weaknesses might be as a partner."

We've witnessed this phenomenon time and time again – the short bobs, the bleached 'dos, the 'refreshed, edgier' look of a person emerging from a relationship.

Whether dumpee or dumper, a relationship breakup represents a major loss of control. Where things were once certain, suddenly they are not. One’s daily routine becomes new and unpredictable.

The person we leaned on is no longer there. Clinical psychologist Seema Hingorrany states that "many women feel like their hair or appearance is still that one thing they have absolute control over. So, when they decide to chop off their tresses, it is mostly to adopt a new, fresher identity."

Post-breakup haircut: Identify Who They Are

Psychologist Dr. Patricia A. Farrell explains, “Hair is one of the most important aspects of our expression of who we are and who we want to be seen as […] Dramatic haircuts would indicate a wish to make a drastic change and then fit into that new persona we’re creating.”

As writer Erin Blakemore explained for JSTOR Daily, “Cutting hair—and thus resisting traditional ideals of feminine beauty—is a classic way to gain distance from subordination.” When some women come out of a breakup they don’t just want new hair, but a way to express their power and individual freedom —something they may have lacked in their relationship.

“For a woman who makes a big change from long hair to short hair after a breakup, this change can signal a rejection of traditional norms for women’s appearance,” explained Englen. “It can be a small way of challenging traditional gender roles as wel—a small act of rebellion.”, Id.vice noted.

When we lose someone in our life, we grieve. And when we grieve, we’ve got to somehow cope. There’s the comforting-if-cliché tub of ice cream. There’s the ill-advised trip to the tattoo parlour. And then there’s a haircut.

Relationship and sex educator Dr. Laura Berman explains, "Whether it's losing 10 pounds, trying a new lip colour, or getting a pixie cut, making changes to your appearance can serve as a distraction and a coping mechanism. There is something about a drastic cut that can feel cathartic after a breakup, like you are cutting off the dead weight and becoming lighter and freer.", Villainesse reported.

Some Celebrities who did famous Post-breakup haircuts

Before her breakup with Orlando Bloom (don't worry, they're back together now!!), Katy Perry chopped off her platinum blonde lob. Nothing says "I don't need you anymore" like a pixie, people.

Kristen Stewart shaved her head and dyed it platinum blonde after breaking up with girlfriend Alicia Cargil. So, yeah, seems like the split mighta been a bit rough.

After her split from The Weeknd, Selena Gomez went blonde. Like, blonde blonde. Bet that caught his attention.

Anne Hathaway went through a rough breakup in 2008 when her boyfriend Raffaello Follieri was charged with fraud. Naturally, the actress decided to shake off the mess with a bouncy bob.

* If you want more related information, click the links given below: How to Style a Trendy Rockabilly Haircut for Men in 2021?

Kris January 05, 2021 | 12:08
For men living in the 1950s, it was a great time to be alive as the popularity of rock and roll shook you straight down to the bones. Have been inspired by the vision of that time, the rockabilly haircut was the most iconic. And at present, the rockabilly doesn't anywhere, it is trendy and fashionable too. 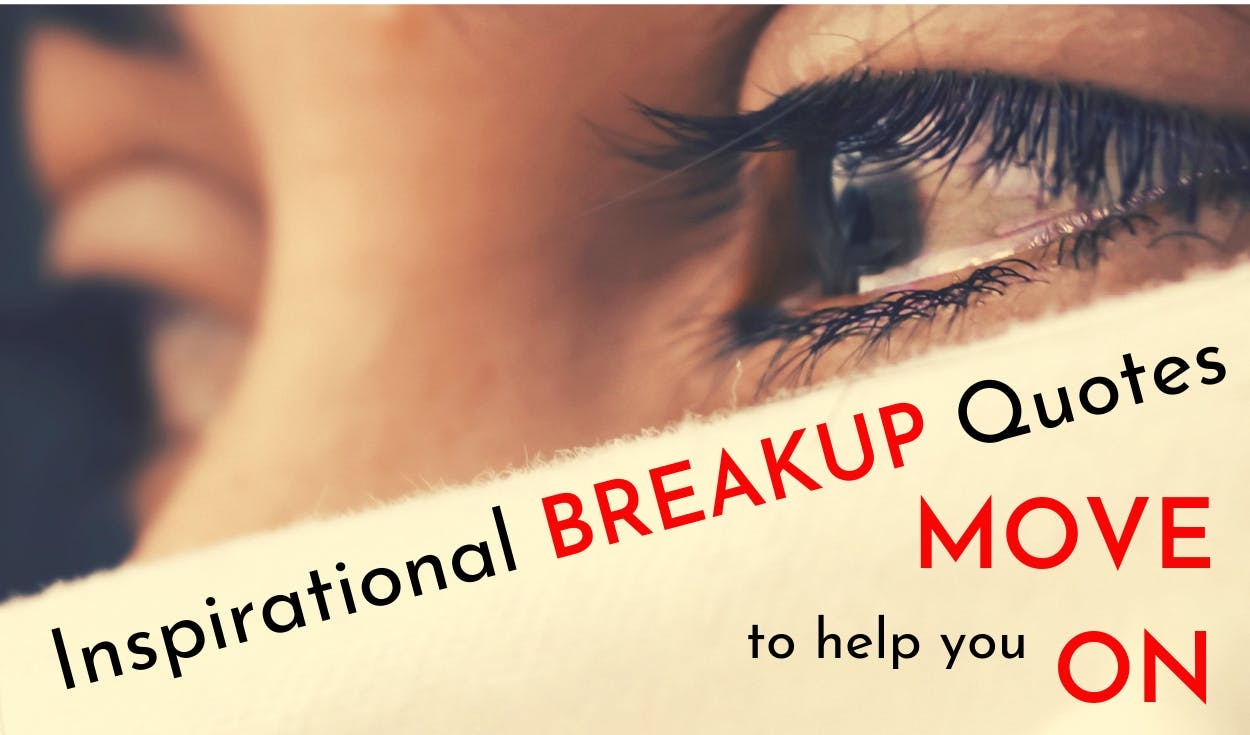 Breakup Quotes and Moving On Sayings for Couples

November 23, 2020 | 10:33
If you have ever experienced breakups, it could either have been the saddest day of that year or the moment you felt the freest. Here are some moving on quotes for couples that aptly summarize these feelings of turmoil!