Valerie January 12, 2021 | 17:28
Share Tweet Email Share
Lohri - among Hindu's most significant festival of harvest is celebrated on January 13 annually. Let's find out about when and how it is celebrated.

Lohri is a popular harvest festival celebrated with much joy and enthusiasm across the nation on January 13 every year. It is celebrated mainly in the northern states of India by people of Hindu and Sikh faith. Lohri day is decided based on the Hindu calendar. It is also known as Lohadi or Lal Loi. Lohri is linked to the harvest of the rabi crops. People perform folk dances such as Gidda is performed by women and men perform Bhangra. People distribute roasted corn, gurh, and gachak to their closed ones to mark the celebrations. Kite flying event is also popular on the occasion.

Lohri and its significance

Lohri is the harvest festival of Punjab. It revolves around offering prayers and expressing gratitude to Agni (fire) and the Sun god for abundant crops. In Punjab, the main crop is wheat, which is sown after the rainy season in October and harvested in March or April. Around Lohri and Makar Sankranti, the wheat starts ripening giving hope to farmers who look forward to a bumper harvest. The festival has great social significance also as it brings people - both rich and the poor - together. The festive dinner comprising makki ki roti and sarson ka saag is cooked in all households and shared. There are special community chulhas (ovens) where women gather to make the roti. Lohri is thus more than just a festival for the people of Punjab.

Lohri marks the end of the winter solstice and the beginning of the harvest season of Rabi crops in Punjab. Lohri is celebrated to pray for a good harvest and bumper cropping season. According to some beliefs, Lohri is considered to be Holika’s sister who, along with Bhakt Prahlad, survived the fire while other beliefs also say that the festival was named after Loi, the name of saint Kabir’s wife. That is why people ignite a bonfire to mark Lohri celebration every year.

The five main items, which are a must during Lohri as prasad to be offered to the gods are til or sesame and items made with it, gajak or sweets made of peanuts and jaggery, moongphali or peanuts, and phuliya or popcorn. People go around the bonfire throwing popcorn and peanuts in it.

If you live in north India or are even vaguely familiar with this euphoric part of the country, Lohri is one festival you just can’t ignore. Winter celebrations reach their full-blown climax with this festival. Here are five things you must try to get the perfect traditional folk-feel of the festival.

Fly a Kite: Please don’t say you don’t know how to fly one! Look up the sky, you can probably already see a dozen kites flying. Invite your friends over and join the neighbor kids for a kite fight. And for all the first-timers, try it! You are most likely to find a new hobby today.

Have Sarso Da Saag and Makki Di Roti: Food - the be-all and end-all of all Punjabi existence, quite literally! It’s the perfect season to binge onto a heavy-duty serving of Saag and Makki ki Roti. You just can’t think about anything else for dinner tonight!

Light up a bonfire: You should probably already be off to look for wooden logs to light up today evening. Whilst you head out to do so, do lay your hands on a few packets of Rewari, Gajaks, and Moongfalis too. A cold breezy night with a comforting bonfire lit up, you will definitely need these munchies. And admit it today, we all are guilty of the good old cheat of throwing the moongfali shells into the bonfire. Bonfire is the top highlight of Lohri. Traditionally, families used to gather around bonfires and sing folk songs like Sundariye Mundariye Ho. Nowadays, most people plug in a speaker to play songs off of YouTube or other music apps.Dishes made of rewri, gajak, peanuts, and other seasonal products are snacks - as well as bonfire fodder.

Trick and Treat: Lohri is probably one of the most fun festivals in Punjab and elsewhere. The celebrations set the perfect mood for games, tricks, and pranks. You can try your own customized version of the traditional game of young children tricking for Lohri items!

Dance: Grab a dhol from somewhere or connect your iPad/phones to the speakers and dance to Bhangra beats. Always remember, you can fail matriculation but you can’t fail at the "balle balle dance"

Fire Balloons: Make balloon décor that resembles a bonfire. Use red and yellow color pipe balloons for the fire and brown for the wood.

Desserts: A sweet talker that Punjabis are, a Punjabi celebration is incomplete without an array of sweets served for a Lohri celebration. Raise a toast to winter favorite desserts like Phirni, Gulab jamun, Kheer, rabdi jalebi and if possible get someone to make piping hot malpuas and serve with pistachio and rabdi. Your guests will love it!

Hay: Use hay, commonly seen in Punjab for décor. It is cheap and pretty. It will help you balance out the outburst of color. You can keep it around in bunches, or stuff clear bottles with it and hang it. 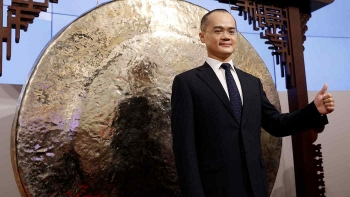