President-elect Joe Biden on Friday formally introduced former KeyBank official Don Graves as his nominee to serve as a deputy Commerce Department secretary, calling Graves “a longtime trusted adviser” who helped him lead efforts to get Detroit out of bankruptcy during President Barack Obama’s presidential administration.

“He did a great job working with city and state officials on its road to recovery,” Biden said of Graves, who was KeyBank’s Cleveland-based head of corporate responsibility and community relations before he went back to work for Biden. “It’s about the small details like the number of buses and street lights that are needed.”

Biden also said that Graves helped him lead a national strategy on how to equip workers with the skills they need for the good-paying jobs of the 21st Century, in health care, IT, clean energy and advanced manufacturing, and said Graves helped him “launch the National Cancer Moonshot and marshal the full resources of the federal government to help end cancer as we know it.

“A cancer survivor himself, diagnosed and treated while he was working for me, Don knows about hope and resilience,” said Biden. “I’m grateful to him and his wonderful family for answering the call to serve once again.”

In his own remarks, Graves said he’s spent his career in government, the private sector and nonprofits finding ways to “ensure that economic opportunity is inclusive and broad-based.” He said he’ll use his new job to “help level the playing field” and empower communities and the U.S. economy to reach their full potential.

“It’s personal,” said Graves. “I come from a long line of small business owners, including one who owned and operated the only African-American owned hotel in the mid to late 1800s, just a few short blocks from where the Commerce Department sits today. But, for too many people in this country, the chance to start and grow a business to take their idea into the market and sell it all over the world remains elusive all these years later.”

He applauded Biden for working with Obama to prevent “another Great Depression” when he took office amid an economic crisis, and for bringing people together “o ensure American workers were equipped and matched with the skills for jobs in their own communities.”

“I know this administration will provide the American people the support they need to thrive and the opportunity to turn their hopes into lives of dignity, and the respect they deserve,” said Graves.

Biden’s office said Graves formerly served as executive director of the President’s Council on Jobs and Competitiveness and deputy assistant secretary for Small Business, Community Development, and Housing Policy in the Treasury Department, and because of that, he knows how to successfully manage some of the federal government’s most critical and impactful job and small business-focused programs.

Graves currently leads the Biden-Harris Transition’s Treasury Agency Review Team to ensure the Department of the Treasury is ready to hit the ground running on day one. Before that, he led KeyBank’s sustainability work, and spearheaded initiatives in Cleveland such as last year’s Cleveland Rising Summit to promote regional economic development, according to cleveland.

He received his B.A. degree in political science and history from Williams College and a law degree from Georgetown University, the Biden campaign said. 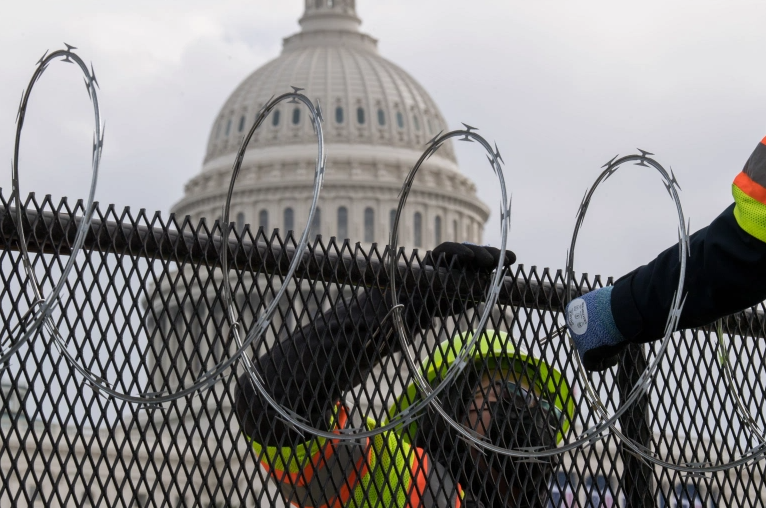