Was COVID-19 Made In China Lab? Facebook Lifts 'Ban on posts'

Rosemary May 31, 2021 | 09:28
Share Tweet Email Share
Was COVID-19 Made In China Lab? Facebook announced it will no longer remove claims addressing the possible origins of the coronavirus and whether it is man-made or manufactured. What are the reasons behind that? Read on the article to know more!

COVID-19 Made In China Lab? Why was the policy changed?

Facebook has reversed its policy banning posts suggesting the Covid-19 was man-made, on the heels of renewed debate over the origins of the virus which first emerged in China.

The policy change came on the same day President Joe Biden ordered U.S. intelligence agencies to “redouble their efforts” to investigate the origin of the virus, despite ending a State Department investigation under former President Donald Trump seeking the same goal, as Breitbart News reported.

“In light of ongoing investigations into the origin of COVID-19 and in consultation with public health experts, we will no longer remove the claim that COVID-19 is man-made from our apps,” Guy Rosen, Facebook’s vice president of integrity, said in a statement Wednesday. “We’re continuing to work with health experts to keep pace with the evolving nature of the pandemic and regularly update our policies as new facts and trends emerge.”

In April of last year, Facebook had announced that it was imposing limits on ‘harmful misinformation about COVID-19’.

In February of this year, the company announced that it was expanding its crackdown to include claims that the virus was man-made. In a blog post, Facebook said that it would not allow conspiracy theories about COVID-19 vaccines.

The social network’s about-face comes on the same day that President Joe Biden asked his intelligence agencies to ‘redouble their efforts’ to pinpoint the origins of the coronavirus.

Last year, claims by the Trump administration that the coronavirus may have originated in a lab in Wuhan were met with skepticism from mainstream media, which appeared to adopt the view that pathogen was transmitted from bats to humans.

Facebook first barred posts claiming the coronavirus is man-made or manufactured in early February, part of a wider effort to tamp down on misinformation about Covid-19 and common vaccines on its platform.

The company rolled back this policy against speculating on how the virus was created Wednesday evening, citing ongoing probes into the origins of the pandemic.

The evidence is far from conclusive on the origin of the pandemic – but it has been enough for the social network to change course.

"Facebook has made that change as the evidence or the lack thereof of how the Covid virus emerged as changed. From that perspective it is an understandable adjustment," said technology and telecommunications analyst Roger Entner of Recon Analytics.

"This position is consistent with what the administration is doing now in order to investigate the truth behind this claim," added Rob Enderle, principal analyst of the Enderle Group.

"There was never enough evidence to prove the source of the virus, making a claim it was natural remains relatively hard to support," explained Enderle who covers trends in the tech world including across the social media platforms.

Enderle said that Facebook may have been wrong to silence the spread of discussion on the origins of Covid.

"The Chinese behavior also suggested not only wasn't the wet market the cause – it remains open – but was covering up what happened (resisting a full investigation) suggests Facebook was premature in their earlier ruling," he added.

More Americans than ever continue to rely on the social platforms for news and information, but as was seen in the election last year, it is quite easy for misinformation and even disinformation to also spread quickly – perhaps even faster than the actual coronavirus.

"The problem for Facebook is that the truth is often fluid when evidence is lacking, so moderating it is problematic," warned Enderle.

"There were three critical elements, reports that the security at the facility was inadequate for the type of research being done making a problem likely, three people who worked at the facility got Covid-19 symptoms before any other reported incidence, and China's not shutting down wet markets to prevent other pandemics suggesting they didn't think it came that way either regardless of what they said publicly," said Enderle.

Facebook may have attempted to do "good" by stopping what it saw a year ago as "misinformation" but in the process it may have also silenced actual debate, Forbes reported.

"Facebook is still learning, but the issue here is they made that first ruling prematurely overriding the sitting president, who in this rare instance, may have been right," said Enderle. "The concern is, in many cases, people are taking hard positions when the data does not yet reliably support them. Trying to moderate the truth without a gold standard for the truth is always going to be problematic."

**READ MORE: Which social media platforms does Trump seek to join after blocked from Twitter and Facebook?

In the early days of the pandemic, most health experts argued the coronavirus probably originated in animals and then jumped to humans naturally, but a handful of observers — including former President Donald Trump’s allies — floated the possibility that the virus leaked from a laboratory like China’s Wuhan Institute of Virology. Some experts dismissed this theory last year and argued there’s little evidence to back it up, but in the last few weeks, a number of scientists and public officials have called for more scrutiny. In a letter in the journal Science two weeks ago, several scientists argued the lab accident hypothesis is still “viable” and deserves to be studied, and President Joe Biden said Wednesday U.S. intelligence agencies haven’t reached a conclusion on the lab accident theory or the animal spillover theory.

Over the weekend, the Wall Street Journal reported multiple staffers at the Wuhan Institute of Virology reported Covid-like symptoms in late 2019, citing U.S. intelligence sources. This doesn’t prove the virus originated in the institute, especially since Covid-19 has some of the same symptoms as other seasonal illnesses, but it raised further questions about the virus’ origin. 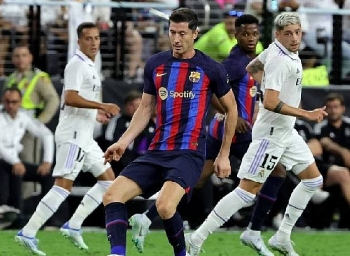