US Weather Forecast, Latest Updates: Snow, ice, bitter cold to continue across US

Laelia Yang February 14, 2021 | 00:10
Share Tweet Email Share
US Weather Forecast for this weekend and the coming week: Winter is blasting through the country, with extreme weather forecast on both coasts while much of the middle of the country deal with bitterly cold temperatures. Extremely low temperatures and winds brought life-threatening wind chills even lower than 50 below across the north.

An extremely cold air mass that originated in Siberia has begun to plunge south across the Central United States, swallowing the Plains and Upper Midwest with temperatures as much as 40 degrees below average. The icy deep freeze could sweep all the way down to the Gulf of Mexico, bringing subfreezing weather to the Texas Coast in the most extreme cold event in a decade.

Temperatures have already reached nearly minus-40 in parts of the Northern Tier, with readings as cold as the double digits below zero widespread even from the Twin Cities to the Corn Belt. Yet as cold as these readings are, the ongoing Arctic blast is more notable for its duration than its severity, Washingtonpost reported.

By Friday, these cold temperatures could reach far south to the Gulf Coast and as far east as the Lower Mississippi Valley. Temperatures will also make a plunge across the Northwest U.S., where daily records could be shattered as well.

One would expect extremely cold winter weather to be confined more to the north-central parts of the country, but this time a prolonged period of deep freeze is also being spread into the deep South this coming weekend. And will likely extend into next week.

Those normal cold days and snow last week weren’t that bad, huh? Exactly. You might not need to think of that gentle cold twice after walking outside right now. If you thought the weather was not that cold so far, you now surely know what the real cold is. Temps are frigid in many areas.

Thanks to the northerly winds, the real feel was even worse. Life-threatening wind chills of below -50 °F impacted North Dakota and Minnesota on Monday and Tuesday. These frigid cold temperatures are gradually spreading further south now.

Extreme cold with deep freeze has spread across a large part of Canada and the United States this week, and you might think this is it? Wait, there is more coming up. The forecast cold is so intense that weather models are maxed out their temperature anomaly scales around Valentine’s Day. This will be a historic cold for many areas, with many temperature records to be broken.

The consensus of the various weather models is actually very good, all are hinting even stronger Arctic cold to develop and spread far south towards Texas and New Mexico over the weekend. Temperatures will likely plummet into deep freeze there as well, being more than 50 degrees F lower than normal for mid-February. And indeed maintain further north the central parts of the country, also into Canada.

The weather pattern across the North American continent has set up an impressive prolonged period of a deep freeze, with life-threatening wind chills across southern Canada and the northern United States. Those should also extend into next week. The very cold temperatures have, so far, already set some near-record daily values across the north, according to Severe Weather.

The Coldest Air of the Season Will Stick Around in the Plains, Midwest

Frigid air has engulfed parts of the Plains and Midwest and it will stick around through much of this week.

This much colder weather pattern will remain locked in across the Plains and Midwest this week.

High and low temperatures will be 20 to 40 degrees colder than average in the Northern and Central Plains and upper Midwest throughout much of the week ahead.

Subzero low temperatures will be common through Friday from Montana and the Dakotas into the upper Midwest.

The Northwest could see a year's worth of snow

The second in a series of three storms is forecast to hit the Pacific Northwest this weekend, putting 8 million people under winter weather alerts.

The second storm is expected to arrive Friday night into Saturday and bring possible record-setting snowfall totals and icy conditions. Portland and Seattle could see more than a year's worth of snow before Valentine's Day.

Those cities experienced the first round of the storm Thursday into Friday morning, with Portland getting 1 inch of snow.

In addition to the snow, a record-shattering cold will spill into Texas and portions of the South over the next few days. Dozens of daily record lows are likely, according to Weather.

"Subzero lows could occur as far south as parts of Oklahoma and the Texas Panhandle. Oklahoma City could plunge below zero for the first time in over four years and only the third time this century," said Weather.com meteorologist Jonathan Erdman.

California will start the week with dry conditions dominating much of the state.

That could change by Thursday into Friday as the door opens up for a Pacific storm to bring much-needed rain and mountain snow to California and other parts of the West.

This system could even bring wintry weather to lower elevations of the Pacific Northwest, potentially including Portland, Oregon.

Another weather system could affect California with more rain and mountain snow next weekend, The Weather Channel wrote.

Chicago: The warmest, coldest, snowiest, and wettest weather since 1871 this weekend

The Northwest could see a year's worth of snow this weekend

Chicago’s wintry February does not look to be taking Valentine’s Day off with snow in the forecast and a high of 10 degrees. That would be a good amount chillier than the normal 20 degrees for Feb. 14.

Snow on Valentine’s Day — it’s unusual. Data is from the National Weather Service’s Chicago office and was recorded at the University of Chicago, Midway Airport and O’Hare International Airport.

Chicago experienced its lowest Valentine’s Day temperature in 1905 with a recording of minus 11 degrees. It was the lowest of six negative-degree lows recorded on Feb. 14 in almost 150 years. Though the frigid weather was not front-page news, there were several instances in the Feb. 15, 1905, edition of the Tribune describing fires started by overheated furnaces. The normal low on Valentine’s Day in Chicago is 20 degrees, according to the National Weather Service.

Valentine’s Day has been mostly dry with no rain or just a trace recorded during 101 of the past 148 years. Precipitation of half an inch to 1 inch has occurred five times since 1872, according to the National Weather Service. In 1950, almost an inch of rain fell on Chicago — the most ever recorded on Feb. 14. The precipitation was part of “one of the worst ice storm beatings (Chicagoland) has ever taken, and counted its loss in millions,” according to the next day’s Tribune. No rain fell in 2020.

Since 1872, snowfall of an inch or more has been recorded just three times on Feb. 14. A record snowfall of 8.3 inches fell in 1990. The storm brought “a fierce combination of relentless winds and biting snow that left rush-hour travelers stranded for hours on snarled roads and expressways or sitting helplessly at a virtually shot down O’Hare International Airport,” according to a story in the next day’s Tribune. No snow fell in 2020, but 3 inches of snow was already on the ground, according to Chicagotribune. 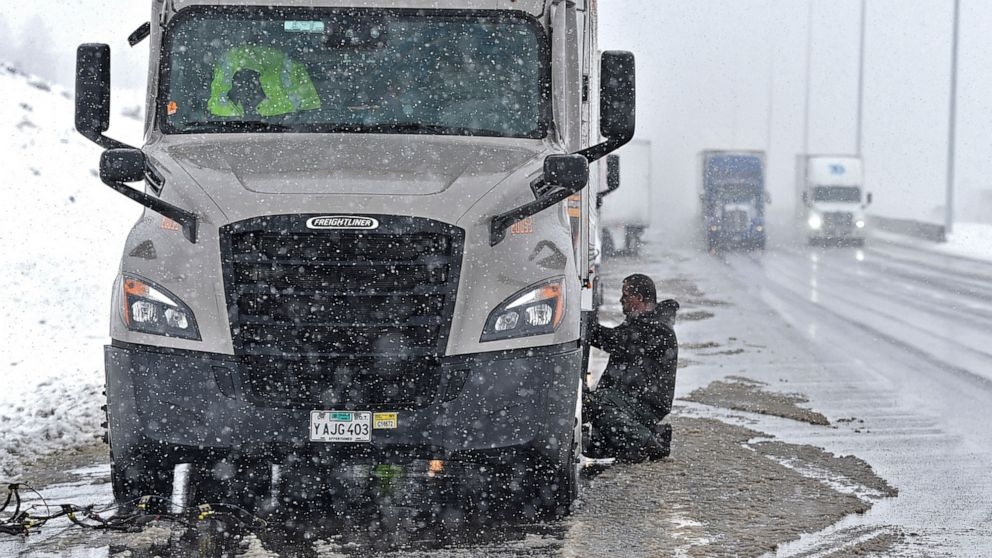 Lee Meo January 30, 2021 | 13:51
US Weather Forecast for this weekend and the coming week: The February temperature is expected to split the nation with the coldest conditions in the West as the East stays milder. While major cities of the Northeast are bracing for large snow storm with snow level expected to rise between 3,000 and 4,000 feet. Psithurism June 13, 2021 | 08:38
Need a relaxing holiday when coming to Australia? There are a plenty for you to make up your plan. Knowinsider will introduce you top 15 most popular holidays in the world's sixth-largest country.
Based on MasterCMS Ultimate Edition v2.9 2020
Mobile version