A largely dry day across England and Wales although cloud will build from the north and west through Monday. The best of the lasting sunshine over central and southern areas. Cloudier further east with patchy outbreaks of light rain and drizzle as a weak area of low pressure passes south close to the east coast of southern Scotland and England. Elsewhere patchy outbreaks of rain will spread eastwards across Ireland, Northern Ireland, and Scotland, these possibly spreading into northern parts of England as well at times. Rain locally heavy over northwest Scotland. High temperatures widely at 7 to 10C.

Starting dry for most, but rain, accompanied by strengthening winds, will soon spread across Ireland and Northern Ireland before pushing eastwards into far western areas of England, Scotland, and Wales as the day progresses. Currently, central and eastern areas will stay mainly dry but increasingly cloudy during the day with rain expected here overnight. Southwesterly winds strengthening to gale force and possibly severe gale force towards the northwest by the evening. Highs between 7 and 11C.

The UK is forecasted to become wet and windy this week. Staying mainly dry but chilly initially this week but by mid-week spells of rain and strengthening winds are expected. Temperatures, however, will be milder. It is currently looking particularly unsettled with heavy periods of rain and high winds from later on Tuesday through the rest of the week.

A wet and very windy morning for much of England, Ireland, and Wales as two areas of low pressure impact the British Isles. A drier start for Scotland but still very windy here with some lively showers over western coasts and hills. A further area of heavy rain pushes across much of the UK from Ireland during the afternoon. Perhaps staying dry to the far northeast of Scotland until the evening. Winds stay strong to gale force strength. Highs at just 7C in Scotland and northern England, more widely at 9 to 13C.

Low pressure remains in control through Thursday bringing another very unsettled day. There will be frequent lively showers as well as long spells of heavy rain. These mainly affecting western areas but likely to spread eastwards across Scotland and northern England through the day. Best of the dry weather towards eastern areas and the southeast of England. Winds stay very strong with gales for exposed areas. Highs at 6 to 11C.

Gusts could reach severe-gale force in exposed regions on Tuesday and Wednesday as two deep low-pressure systems hurtle in tandem towards Britain. Torrential downpours expected through the week have sparked Government officials to warn people in the most at-risk regions to take ‘immediate action’. A cold front will move across northern Britain in the wake of the storm bringing snow to the hills, forecasters say. Experts are currently monitoring the development of weather patterns in the Atlantic and say weather warnings are possible in the coming days.

Jim Dale, the meteorologist for British Weather Services, warned the pleasant spring tranquillity of the past few days is about to be ‘abruptly ended’. He said: “This is a fairly major system which we expect to affect the UK from Tuesday into Wednesday, it may be something we issue a warning for. We are expecting severe gale-force gusts in exposed regions later on Tuesday and into Wednesday. This system, which is a double-barrelled low-pressure organization, has got some venom and is going to keep people on their toes. It is safe to say the tranquillity we have enjoyed through the start of the month is about to come to an abrupt end.”

Weather models show powerful winds from the Atlantic gathering strength to hit speeds of 120km/h on Wednesday as they crash into the UK. Western coastal regions stand to fare worse from the onslaught although gusts will widely reach gale-force through the middle of the week. Two low-pressure systems driven by a ‘powered-up’ jet stream will tear across northern Britain potentially bringing the first major storm since Darcy hit last month. While the main threat will be from violent winds, parts of the country are also braced for torrential downpours as the weather turns autumnal. The Environment Agency (EA) has issued 19 flood alerts and one more serious flood warning across southern and parts of eastern Britain. Officials have warned to be on alert for flooding from rivers with travel disruption and damage to properties possible.

Portugal should see a mainly dry day but Spain will hang on to the showery rain across central and eastern areas into Sunday. Western areas are drier. Showers, some heavy and thundery, through the Balearic Islands and for Corsica and Sardinia. Largely dry across mainland Italy but showers moving into western areas later in the day. Showery rain again for Greece with lingering patchy, light rain over parts of Turkey. Largely dry and fine again for France although some showery rain affecting southern areas. Mainly dry and fine but mist and low cloud should be expected in places for the Low Countries and Germany. Mainly dry for Switzerland and Austria but a few showers developing later in the day here. Dry for much of eastern Europe although a band of rain will push into northern Poland in the afternoon.

Norway will see some snow showers in central areas but mainly dry conditions elsewhere. Largely dry and fine for Sweden. Rain, sleet, and snow will clear southwards across Finland allowing for drier and brighter conditions from the north. Breezy through the Baltics and feeling cold with a few snow flurries but it will be mostly dry here. Cloudy across Denmark for a time with some patchy light rain. Dry and fine for Portugal while widespread scattered showers affect much of Spain. A band of heavy showers extends over the Balearic Islands, Corsica, and northern Sardinia into central Italy. These will be locally very heavy. Dry and fine to the north and south of Italy while isolated showers affect western Greece. Early rain clears eastern Turkey leaving a dry and fine day here.

Isolated showers fade from southern France to leave a dry and bright day. Cloud thickens from the north later and this extends into the Low Countries and northern Germany. Mostly dry and bright for southern Germany, Switzerland, Austria, the Czech Republic, Slovakia, Hungary, and Poland after early patchy rain and showers fade. An increasingly cloudy but dry day for Denmark. Early showers fade from Finland and the Baltic States to leave a cold but dry and fair day here. Rain, sleet, and snow affect northern portions of Norway and Sweden while southern areas staying dry. Best of the sun over southern Norway. 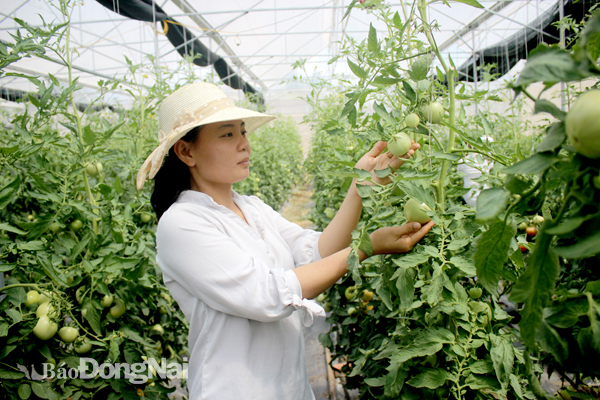 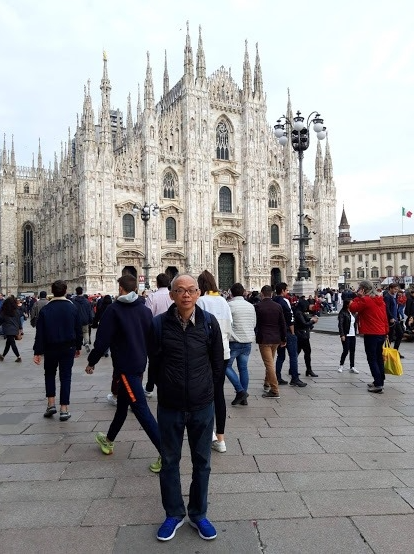 Rosemary May 12, 2021 | 15:50
The Knives Out will be back next year with a new actor to star in. Who is he? What date exactly can audience watch the Knives Out 2? We have everything to know for you.
Based on MasterCMS Ultimate Edition v2.9 2020
Mobile version