Who Are The Most Beautiful Women In The World 2023?

Seo Ye Ji (born in 1990) is a South Korean actress and model. She acted in many dramas such as Diary of a Night Watchman (2014), Last (2015), Moorim School: Saga of the Brave (2016), Save Me (2017), Lawless Lawyer (2018). However, it was not until It's Okay to Not Be Okay (2020) that she became famous in Korea and Asia. However, not long after that, she got involved in a scandal of manipulating her boyfriend - actor Kim Jung Hyun, causing her career to flourish and fall into crisis. In 2022, she re-appeared as the female lead in the revenge-themed movie 19+ Dark Swan

Kim Ji-soo aka Jisoo is a South Korean singer and actress. As of 2022, Jisoo’s net worth is $20 Million. She accumulated her net worth through her singing and acting career. She is the oldest member of the very famous girls singing group named ‘BlackPink’ under YG Entertainment since August 2016. She also is famous for her vocals and dance like hip-hop, dance-pop, and k-pop.

She joined YG entertainment in the year 2011 as a trainee through auditions. First, she has to go through an interview and later she trained for 5 years. In 2021, she starred her career as an actress in the JTBC drama Snowdrop alongside Jung Hae-in.

Lisa (BlackPink) is a female K-pop idol of Thai origin. She was born in 1997 and is famous as a member of BlackPink, taking the position of main dancer, main rapper.

Thirty-six-year-old superstar Deepika Padukone is known as one of the most popular actresses worldwide. With her spectacular roles in award-winning films Piku, Bajirao Mastani, Ram Leela, Yeh Jawaani Hai Dewaani, and many others, there’s no doubt why the Indian actress has risen to the top as one of the best in the industry. Along with being a fantastic talent on screen, Deepika Padukone is also an entrepreneur. She started her own Ayurvedic beauty company, 82 East, focusing on all-natural skincare products. Additionally, with her sister Anisha Padukone, the dynamic sibling duo has their own foundation called Live Laugh Love, which aims to provide awareness on several mental health issues.

READ MORE: Top 30 Best Korean Dramas of All Time That You Should Watch

Minatozaki Sana, born on December 29, 1996, is a Japanese singer who is based in South Korea as part of JYP Entertainment’s popular girl group, TWICE. Formed in 2015, she is one of the three Japanese members of the group alongside Momo and Mina. She holds the position of vocalist in TWICE. She was recruited by JYP Entertainment’s scouts at 14 years old and moved to South Korea to begin her training in 2012. Minatozaki is the first member of TWICE to release a solo single by releasing her cover of ‘Sotsugyou’ in 2020, a song by the Japanese band, Kobukuro. Today, we invite you to take a look at her inspiring journey to become the superstar that she is now.

Lupita Nyong'o is a Kenyan actress of Mexican descent. She is best known for her role as Nakia in the Black Panther movies (2018 and 2022). During her acting career, she won many major awards, including the Academy Award for Best Supporting Actress for 12 Years a Slave in 2014.

Liza Soberano is a Filipino actress, model and singer. She rose to prominence after playing the title character in the romantic comedy television series Forevermore (2014–2015). She has also appeared in other films such as Just The Way You Are (2015), Everyday I Love You (2015), My Ex and Whys (2017) and Alone/Together (2019).

Angelina Danilova (born in 1996) is a Russian singer, model, actress and television personality active in South Korea. She is best known for making a fever in 2015 as a "Russian model who wants to marry a Korean man". Within 3 years, she appeared in more than 10 TV shows in the land of kimchi. She has also featured in many modeling campaigns and music videos in Korea.

Jessica Alba (born in 1981) is an American actress and businesswoman. She started her acting career at the age of 13. The film that helped her become famous in Hollywood was Dark Angel (2000-2002). Later, she participated in many other famous works such as Fantastic Four (2005), Fantastic Four: Rise of the Silver Surfer (2007), Good Luck Chuck (2007), The Eye (2008), Valentine's Day (2010), Little Fockers (2010) and Mechanic: Resurrection (2016). Currently, Jessica is not acting anymore, but focuses on business and taking care of a small family. 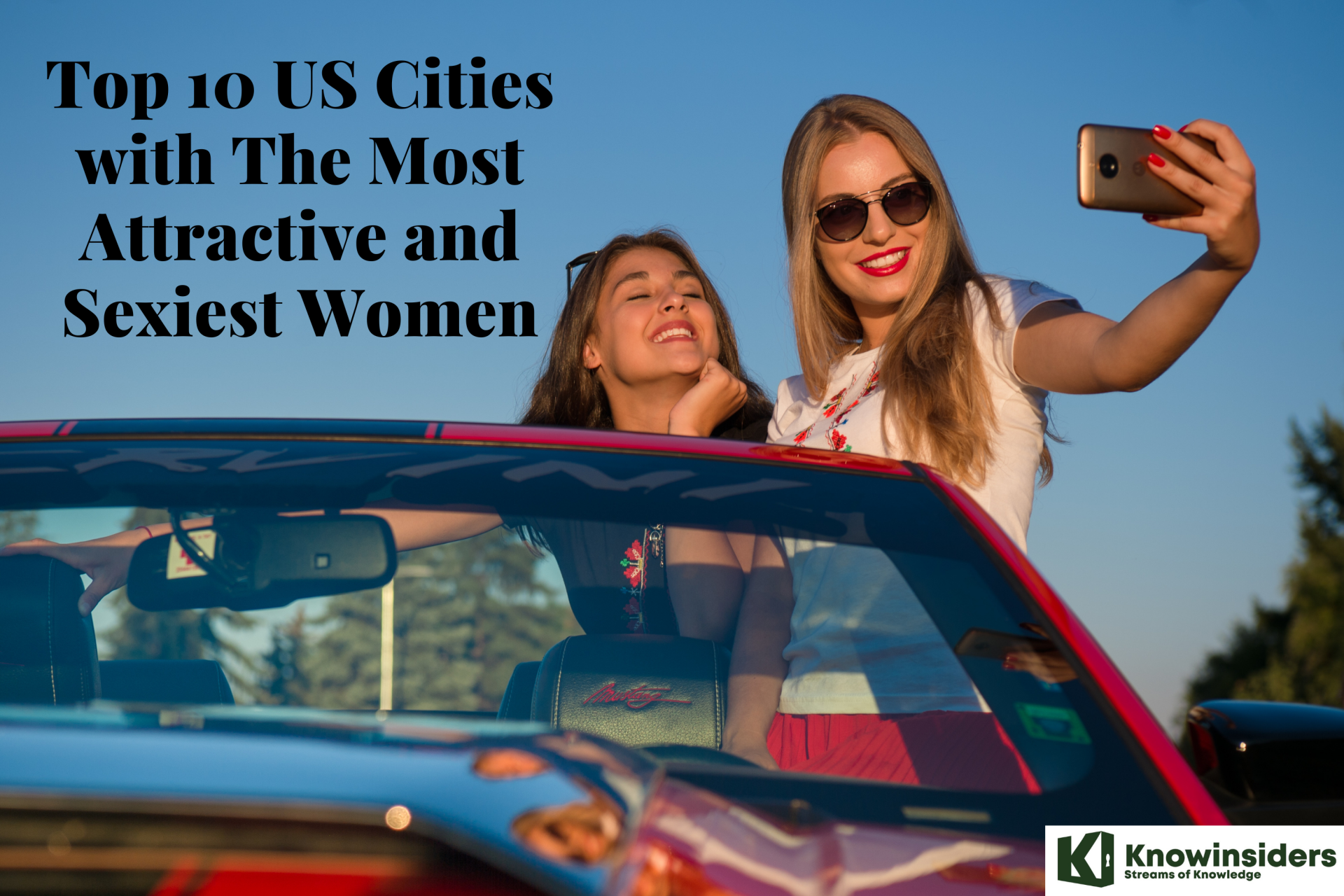 Top 10 US Cities with The Most Beautiful Women Sally Polly April 19, 2022 | 04:17
Italy is full of gorgeous and beautiful women that will steal your heart, and these 10 female stars are considered the hottest goddesses in the city.