TOP 12 Most Handsome Celebrity Dads In The World

Psithurism March 08, 2021 | 12:52
Share Tweet Email Share
Male celebrities all over the world are very good-looking, that's what we already know. But what if they are dads? Who are the most handsome celeb dads in the world?

Who are the most handsome celeb dads in the world today?

Today we decided to change things up a bit and bring you a dose of 12 of the hottest celebrity dads in the world. Hot dads is a fairly new term that has gone viral and they are not far behind the hot moms. These are the dads who look sexy yet are great fathers and do not compromise on that role in life. Big muscles, chiseled features, and scruffy beards we’re going all in today.

Let’s have a look at the top 12 hottest celebrity dads and unveil the mystery.

We love Ashton Kutcher for managing to be sexy yet adorable at the same time. The actor is fairly new to the father club as he became a parent to a baby girl last year and is now a father to a baby boy. Kutcher makes fatherhood look like a piece of cake as we see pictures of him looking sexy and effortless while looking after his kids, Wonderslist listed.

When the Oh! My Baby star posts gems like this on Instagram, we're like, "Where do we look?" It's hard to decide with a Korean-American actor and model, and his three drop-dead gorgeous children. Bonus points for how much he dotes on his children, according to Onetvasia.

While he's most famous for playing the deliciously evil vampire James in the Twilight series, Gigandet is also a doting father to daughter Everleigh and son Rekker.

Having three kids, Seraphina, Violet and Samuel with his wife, Jennifer Garner appears to be giving Ben Affleck Grey hair but he is turning into a silver fox!

We bet Will Smith is the type of dad who will be cracking jokes at the breakfast table with his wife Jada Pinkett-Smith and their kids, Jaden, Willow and Trey, from his previous marriage to Sheree Fletcher. Humour is always attractive, Heart commented.

Hugh Jackman may have two children, Ava and Oscar, but judging by his buff body babysitting hasn't prevented him from hitting the gym!

His rugged good looks. Oh yeah -- he can act too. In November 2008, People named Jackman the Sexiest Man Alive. The Australian has also won dozens of awards and nominations for his work in musical theater, film, and television. After suffering two miscarriages, the couple adopted son Oscar Maximillian (born May 15, 2000) and daughter Ava Eliot (born July 10, 2005).

Deadpool superstar and Canadian icon Ryan Reynolds is the father of two beautiful children—James and Inez. And he has some… strong feelings about them. "I used to say to [wife Blake Lively], 'I would take a bullet for you,’” Reynolds told Dave Letterman. “I could never love anything as much as I love you.' I would say that to my wife. And the second I looked in that baby's eyes, I knew in that exact moment that if we were ever under attack, I would use my wife as a human shield to protect that baby." Sorry Blake. Let us know if you need a shoulder.

You would never guess this hunky Academy Award-winning actor has three children - Levi, Livingston, and Vida - with his stunning model wife, Camila Alves.

McConaughey is just one sexy individual. His body, crooked smile along that sexy southern accent just adds to the sexy factor. It doesn’t help that he is also a father of three children and is expecting the fourth one with his wife Camila Alves. This heartthrob is a sexy and talented actor and according to what we know an even better father.

What’s a soccer star to do once his career is over? Full-time Dad, naturally. Father to three—Brooklyn, Romeo, and Cruz, each name tatted on his back. “I’m still learning new things about fatherhood every day,” he wrote for us. “You never stop learning. I was 24 when I had Brooklyn. Four kids now and nearly 20 years of experience as a father, and you never stop learning.”

Often portrays obsessive and detached or loner characters, in his personal life, he devotes time to charities including Greenpeace and the World Wildlife Foundation. He lives with his wife, Sibi blazic, and their two children.

The mighty Thor has a lot more to offer than chiseled muscles. In fact, as revealed in a profile in GQ, he’s a fantastic dad. So fantastic, he took part in a race for dads at his six-year-old daughter’s school. No big deal—until he wanted to win. “There was just this wave of nirvana,” Hemsworth recalled in the profile. “I turn around, and I go, ‘Where's my daughter? Where is she?’ And she's like, ‘Dad, did you win?’ And I'm like, ‘Did I win? You didn't see it?!’ They gave me a sticker. A first-place sticker.” Good on ya, Thor. Look out for his turn as Hulk Hogan—coming soon, Menshealth noted. Mixi August 22, 2021 | 14:35
Are you a big fan of emotional Korean dramas? If your answer is yes, you might be interested in Korean actors too. Check out right below a list of the 10 most handsome Korean actors. 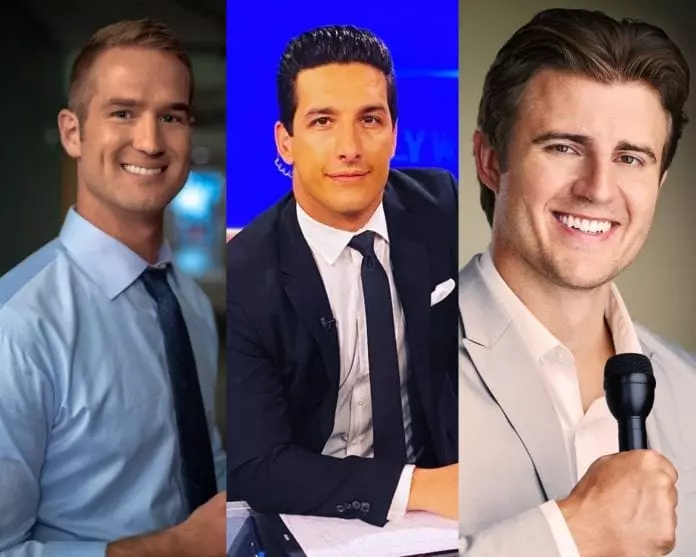 Chau Polly March 06, 2021 | 20:39
We all watch news for information and what is going on in the world, but what if these news is conveyed to us by some handsome looking anchors?

Jenny Barry August 13, 2022 | 19:53
There are people who do not get rich all their lives, but there are people who, thanks to their luck and hard work, "flash" up quickly, making others admire.
Based on MasterCMS Ultimate Edition v2.9 2020
Mobile version