Lee Meo February 12, 2021 | 10:17
Share Tweet Email Share
A mysterious address believed to own $3 billion worth of Dogecoin crypto sent a binary code to Elon Musk. Many speculations have been raised around who behind the adress and what is the code mean

The founder of Tesla, Elon Musk, has been one individual who has created a lot of hype around the meme-based crypto asset.

But Musk hasn’t been the only one, as people have placed signs in Times Square in New York telling people in the city they should “buy DOGE.” On social media, there are many dogecoin fans shilling the token relentlessly in an attempt to get the price to $1.

News Bitcoin reported around mysterious dogecoin wallet that absorbed more than 27% of the coin’s supply since February 6, 2019 and this week the wallet with $3 billion worth of the crypto asset has been creating odd transactions with binary messages.

On April 2, Musk said: “dogecoin might be my fav cryptocurrency”. Since then, the dogecoin address has managed to gather around 36.8 billion DOGE worth $3 billion today. In more recent days, speculators have assumed that the billion-dollar dogecoin address belongs to the Tesla founder.

However, decrypt opens a different scenario that the address could belong to a very big fan of Musk—or simply someone with a good sense of humor about the whole thing.

What does the code mean?

As picked up on Reddit, the wallet, whose owner holds $2.8 billion of the coin, or 36.8 billion Dogecoin, and is the biggest bag holder on the network, yesterday placed 20 transactions for 28.061971 DOGE.

No coincidence, surely, that this mirrors the day Elon Musk was born: 28th June, 1971.

Then on Reddit, via the subreddits r/cryptomarkets and r/dogecoin, people have been discussing the mysterious address once again. People have begun to notice that the owner of the address has been sending odd transactions, some of which can be transcribed into binary code.

One person who tried to figure out the binary code message said he couldn’t translate it, and that a lot of it was “gibberish.”

One Redditor wrote: “It’s not gibberish, I’ve gone through some of it and already found this: ?NOLEUOYTISI”.

Musk then tweeted about the meme currency again in another tweet that involved his baby son named “X Æ A-12.”

“Bought some Dogecoin for lil X, so he can be a toddler hodler,” Musk tweeted to his followers with a video of his boy. Additionally, Musk tweeted a meme that said “one coin to rule them all,” with a picture of the hobbit’s ring from the J. R. R. Tolkien story “The Lord of the Rings.”

Musk said: "Frodo was the underdoge, All thought he would fail, Himself most of all." Kris February 13, 2021 | 12:32
DOGECOIN (DOGE) had a notable start earlier this year, as this minor cryptocurrency received support from Elon Musk on Twitter. How much is it worth and will it ever hit $1 in 2021? Let's check with KnowInsiders. Knowlegde March 04, 2021 | 17:46
Cake may have only just wrapped up its third season on FXX, but fans still want another slice due to its hilarious and meaningful concept. If you are one of them who are longing for another season of Cake, don't miss this article!
View more 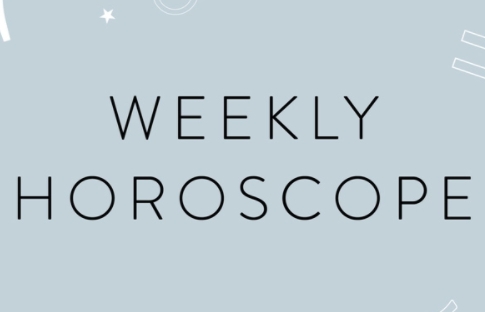 Mixi March 06, 2021 | 10:59
Overview – Kick-off Times, Team News and Betting Lines To all the football lovers, let's check the Premier League 2020/2021 Regular Matchday 27 schedule by reading the article given below. KnowInsiders also provides you an overview of major matches of the week including kick-off dates, team news, and betting lines.
Based on MasterCMS Ultimate Edition v2.9 2020
Mobile version