Bulls back in control of silver, gold prices struggle below Rs 48,000

Gold futures prices rose while silver also rebounded tracking the trend in the international market. However, gains in gold were limited and analysts expect sideways movement for now, Economictimes reported.

Silver prices rocketed as retail investors, egged on by messages on Reddit, piled into the market in an attempt to push up prices. The retail investment frenzy in silver has left dealers from the United States to Singapore scrambling for bars and coins to meet demand.

“Supporting gold price is hopes of additional US stimulus, disappointing Chinese economic data and loose monetary policy stance of major central banks. However, weighing on price is recent gains in the US dollar and progress on the vaccine front. Gold may continue to witness mixed trade unless there is clarity on the US dollar trend, however we expect price to trade with a positive bias on US stimulus expectations and loose monetary policy stance of central banks,” said Ravindra Rao, VP- Head Commodity Research at Kotak Securities.

“Silver bulls are back into barack after CME increased margin. Gold prices are expected to trade in the current range with sideways to downtrend for the day. MCX Gold April futures support lies at Rs 47,600 and resistance at Rs 48,600 for the day,” said Tapan Patel, Senior Analyst (Commodities), HDFC Securities.

Silver prices attempted a rebound on Wednesday after an over 8 per cent plunge in the previous session prompted some buying, although the social media-driven rally that started last week appears to have cooled off. Gold (XAU/USD) is attempting a minor bounce after falling over 1% to eleven-day lows at $1830 on Tuesday. However, the daily chart shows that a bear cross is in the making for the yellow metal, suggesting that the sellers could remain hopeful despite the latest bounce, FXStreet’s Dhwani Mehta briefs, said Fxstreet.

“Wednesday’s pullback in gold can be mainly attributed to the progress on a likely US fiscal stimulus deal. The Senate voted 50 to 49 in a straight party-line decision in order to push through a $1.9 trillion aid package proposed by President Joe Biden. However, the covid vaccine-driven optimism could cap the recovery attempts in gold.”

“The buyers need to find acceptance above the critical $1854, where the 21 and 200-DMA look to coincide. The next upside target awaits at the 50-DMA of $1858. The path of least resistance, therefore, appears to the downside.” Silver dropped more than 2% on Tuesday, retreating from a near eight-year peak it hit the previous session, according to Fxempire.

Gold futures are trading lower early Tuesday as investors continue to look for a reason to buy the precious metal in the wake of a steep drop in silver futures, increasing demand for higher risk assets, and a stronger U.S. Dollar. Additionally, uncertainty over President Joe Biden’s stimulus package, coronavirus vaccine rollout improvements and improving prospects for the U.S. economy are also weighing on prices.

When we saw gold only relatively higher on Monday while silver was trading 8-10% higher, we kind of figured that a sell-off in silver would push gold prices lower, and that is what we are witnessing early Tuesday.

Silver dropped more than 2% on Tuesday, retreating from a near eight-year peak it hit the previous session, as a margin hike by the Chicago Mercantile Exchange prompted investors to lock in profits. For you old-timers out there, this is what the COMEX exchange did to the Hunt Brothers in 1980 when they owned about 2/3rds of the silver market.

U.S. stock futures rose early Tuesday morning after the equity markets kicked off the week with a bounce-back session.

Futures contracts tied to the Dow climbed 163 points. Those for the S&P 500 and the NASDAQ-100 also traded in positive territory. The move in futures follows a broad-based gain for the market on Monday, which saw the Dow add nearly 230 points and all 11 sectors in the S&P 500 rise. The stock market was coming off its worst week since October.

Stocks in Asia-Pacific rose Tuesday following the overnight jump on Wall Street. European stocks opened higher Tuesday as global markets reflect positive investor sentiment that an economic recovery, following the pandemic, is not too far away.

Investors will also be following stimulus negotiations in Washington, where Congressional Republicans made a counteroffer to President Joe Biden’s $1.9 trillion stimulus plan on Sunday.

Keep an eye on the U.S. Dollar, especially since it is now hovering near a seven-week high. It is getting close to a breakout to the upside, which is being fueled by the hopes for a speedy U.S. recovery. Dollar bulls may be starting to increase bets amid views that the United States has an advantage in growing is economy and vaccinating its population against COVID-19. 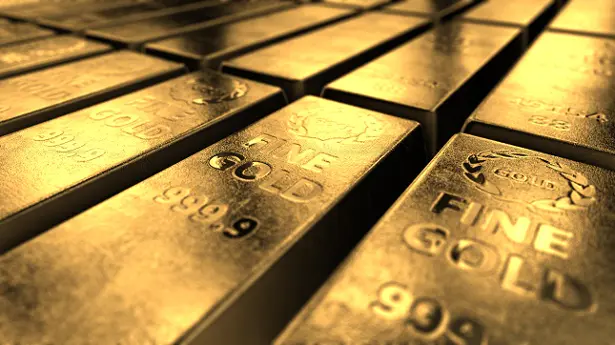