We can’t be definitive on that. But with the help of supercomputer and animals, we can at least suggest what will be the most likeliest of outcomes.

The Analyst's Stats Perform Predictor has ranked all 24 nations heading to the tournament by their probability of lifting the trophy on July 11th.

"Stats Perform’s Euros Prediction model estimates the probability of each match outcome (win, draw or loss) by using betting market odds and Stats Perform’s team rankings. The odds and rankings are based on historical and recent team performances.

"The model considers the strength of opponents and the difficulty of the “path to the final” by using the match outcome probabilities with the composition of the groups and the seedings into the knockout stages.

"The Stats Perform Euros Prediction model simulates the remainder of the tournament 40,000 times. By analysing the outcome of each of these simulations, the model returns the likelihood of progression for each team at each stage of the tournament to create our final predictions." - Explanation of how the model actually works. 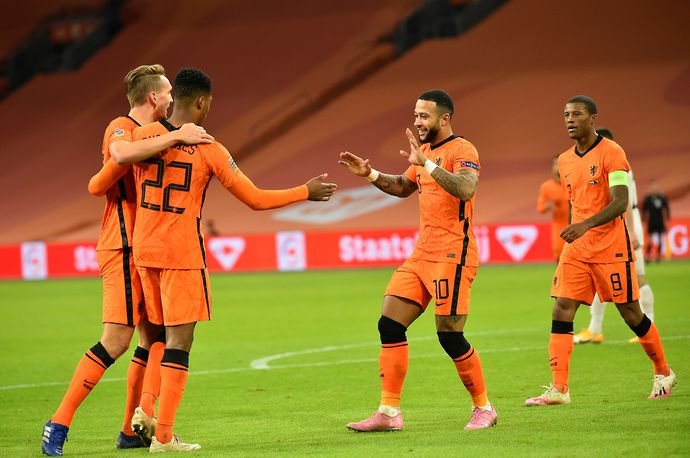 A 42-year-old elephant at Hagenbeck Zoo has been selected to try to predict team results at the UEFA European Championship this month. Yashoda, the oldest elephant at the Hamburg, Germany, zoo, was chosen to predict outcomes of the German national team. She will make the “predictions” a day before the game by sniffing and picking [what could turn out to be] the winning flag out of a box. If she pulls both flags at the same time, the expected result would be a draw.

41-year-old "Yashoda," assisted by other elephants, will remove the winning country's national flag from a silver box one day before the German team plays a match.

If Yashoda removes both flags from the box, the game will end in a tie, according to Hagenbeck zoo.

UEFA's Euro 2020 will take place between 11 June and 11 July 2021 and kicks off with the match between Turkey and Italy in Rome.

“Football training is a welcomed changed for the elephants,” Dirk Albrecht, the zoo’s managing director, said. “You can see how much fun they’re having.”

After camels, meerkats and Paul the octopus at the 2010 World Cup comes Suzie the 15-stone psychic porker now set to ham-bush the Three Lions' bid to bring home the bacon.

England's Euro 2020 glory bid could be ham-bushed by a psychic pig.

She will be asked to sniff out the outcome of the Three Lions’ matches in next month’s tournament.

Suzie will become the latest psychic animal which has make football forecasts after camels, meerkats and Paul the octopus at the 2010 World Cup.

It comes after a psychic who foresaw events ranging from the Sichuan earthquake to last February’s Black Cab protest in Parliament Square unveiled his predictions for 2020, including major glory for the England footie team.

Sadly for skipper Harry Kane, Suzie’s favourite grub is croissants, which could be an omen that England’s arch rivals France will bring home the bacon.

Hugh Stolliday, Suzie’s owner at Ouseburn Farm, Newcastle-upon-Tyne, said: “She’s a very intelligent pig... so sniffing out the winner of the Euros should be no problem.

“Before every Eng-land game we will give her a taste test to choose which one of two food boxes she wants to eat from.

“One will carry England’s name, the other their opponent’s.

“Whichever Suzie goes for will be her favourite to win.”

Achilles, A clever cat and deaf cat in Russia,will be putting his pawsome psychic skills to the test to predict who will be the winner at Euro 2020.

Mystic Theo, a pet tortoise belonging to Sheffield nurse Joan Pons Laplana, for the first time, to try predicts the winners at Euro 2020.

And Sully The Turtle Witch Predicts Matches at Euro 2020 Results.